Staying Put in Portland. Since July, I’ve dined out a fair amount when restaurants were starting to get back into the swing of things. What occurred to me is that I haven’t gone too far away. My big excursion to the Mid Coast and Deer Isle felt like going to Indonesia because I had been stuck around my house for so long. There are worse parts of the state to be confined to, I can certainly say that.

Every time I dine at Scales, I swear it somehow gets even better. Chefs Fred Elliot and Travis Olsen continue to perfect the staples while keeping the menu innovative. I particularly enjoy the fact that, despite its waterfront location, the aesthetic is free of any kind of nautical theme. Instead, the radiant heat concrete floors – stamped to resemble wood – and simple fixtures impart more of a modern feel while offering unobstructed harbor views. The pro move here is to sit at the socially distanced bar and order an alarming number of oysters alongside a bottle of bracingly cold white wine from the Loire Valley. Then comes a slice of Anadama, made with molasses, cornmeal, and rye, topped with warm butter and a drizzle of molasses – I literally dream about this bread. It’s hard to go wrong at Scales. Still, their Pate en Croute is as good as you’ll find anywhere. Literally, any time they are doing anything with bluefin tuna, order it. 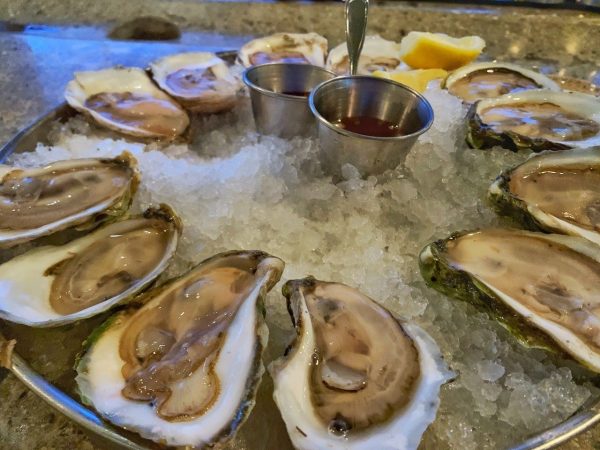 Eaux: A Celebration of Gumbo and Frozen Daiquiris

I’ve been to Eaux for dinner, which was fantastic, but it has become my favorite spot for brunch as of late. With Exchange Street blocked off, they have ample dining space on the sidewalk, a perfect way to spend a crisp, leisurely Autumn morning. I’m sure that someone out there may argue with me about this; frozen daiquiris are absolutely appropriate to order year-round. They go particularly well with a bowl of gumbo (made with duck fat roux). Warm beignets with dulce de leche, pecans, and espresso are as delicious they sound. The other classics, like Croque Madame, served on impossibly good sourdough bread. I’m a sucker for Cajun cuisine, preferably loaded up with Crystal hot sauce, and Eaux has yet to disappoint. 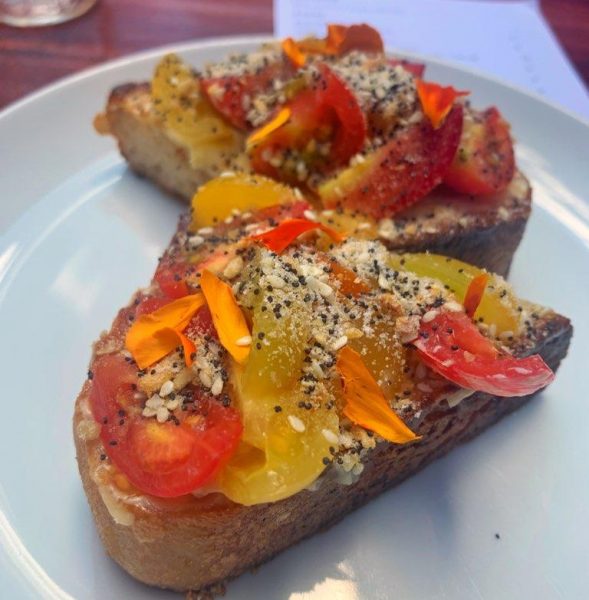 Via Vecchia: It Will Blow Your Mind

Over the past twenty years, Vignola/Cinque Terre had become a staple in the Portland dining scene. Hell, my first job when I moved back from Chicago in 2002 was at Cinque Terre, but it was definitely time for it to move on when it did. Little did anyone know just how impressive the design overhaul for Via Vecchia was going to be. Even for someone who used to work in the building, it is practically recognizable (in the right way). There is an opulent vibe, accentuated by quite a bit of gold, least of which is the entire ceiling. This contrasts with a few neon shocks, reminiscent of the night club scene in the first Terminator movie. The menu is equally diverse and is most efficiently perused while sipping a “Hey Mambo,” one of their signature cocktails that I affectionately refer to as a “tequila milkshake.” Staple dishes include their superlative Bucatini with Maine littleneck clams, Bangs Island mussels, lemon zest, and bottarga and also crispy polenta fries dipped in arrabbiata sauce with pecorino mousse. The strawberry & rhubarb dessert is a thing of beauty. Still, it would be irreproachable without a separate order of hot, fresh zeppole to encourage a bit of contrast. 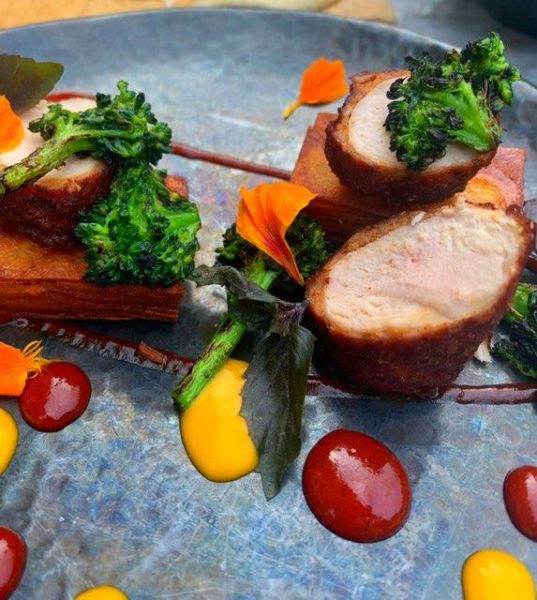 Lazzari: One Of The Best Pizzas in the City

Another Portland eatery that doesn’t get enough recognition, in my opinion, is Lazzari. The spacious dining room, comfortable banquettes, and eclectic musical selection (everything from Elton John to Wu-Tang Clan) always put me right at ease. This is important because I need to focus entirely on drinking an ocean of cold white wine alongside their white clam and garlic pizza – which I am literally obsessed with. They also make a very solid meatball and their leaf salad, with topped with pickled radicchio, is one of the best bowls of greens in the entire city. 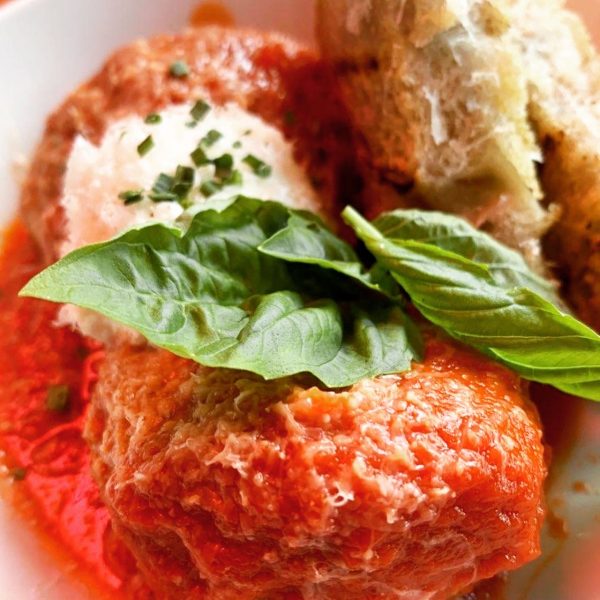 Joe Ricchio is a Portland, ME based author who specializes in food, drink, and travel. He is the host of the Food Coma Podcast, in addition to freelancing for such publications as Bon Appetit, Vice, Boston Magazine, TheFix.com, First We Feast, and The Guardian. His blog, Food Coma, spawned a string of successful web-series entitled Food Coma TV, The Food Coma Show, and Off The Wagon with Joe Ricchio. Previously he was the Food Editor of Maine Magazine, Down East Magazine, and Decor Maine. His clients for travel writing include The Ritz Carlton, Conde Nast Traveller, Lark Hotel Group, and Villa Europe Luxury Rentals. 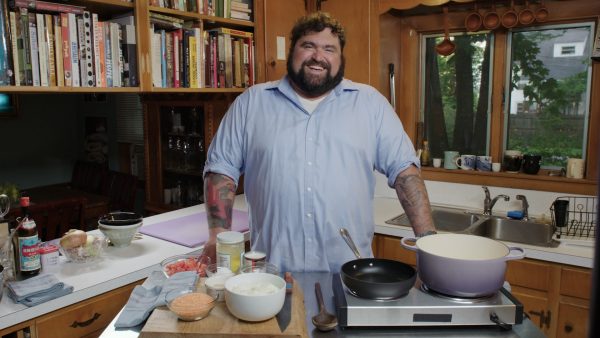